“I wanted a better future for my children. I had to make the decision.” For Malicia, this past Valentine’s Day was bittersweet. She has fond memories of Valentines with her husband, Furaha: “He would always bring me a flower and take me out for dinner. And we would sit and remember our love.”

But for now, they are separated by more than 7,000 miles and years’ worth of visa applications and processing.

Malicia and Furaha met in a Burundi church choir over a decade ago, sneaking glances and shy smiles between the hymns.

Malicia, like millions of others, fled the violence that continues to plague regions of the Democratic Republic of the Congo (DRC). She and her mother and younger sister were refugees, seeking safety and a permanent home.

Furaha was a Burundi citizen and lived with his family in their tight-knit community.

Though Malicia and Furaha had arrived at the choir along two very different paths, they shared the same love of music and life of faith. They soon began courting and eventually married and had six beautiful and well-loved children.

But when Malicia’s mom’s application to resettle permanently in the U.S. was finally approved, Malicia and Furaha faced a horrible choice. Malicia could let the opportunity pass and stay in Burundi with Furaha or she could resettle with her children in the U.S.

Malicia and Furaha are deeply committed to each other and committed to giving their children the best future possible. They know that moving to the US would give their children a better chance of surviving, not to mention going to school and finding a sustainable livelihood.

“I wanted a better future for my children. I had to make the decision.”

Malicia and Furaha decided she would go to the U.S. with her mother. She would petition to be reunited with Furaha as soon as she had her permanent residency.

Malicia and her mom were welcomed to Raleigh by USCRI NC in 2019. She has received assistance settling into a new community and culture. She is working full-time and the children are in school and doing well. She is even singing in a church choir again.

Still, life as a single mom is challenging.

The children talk to their father on the phone and have video chats, but it is not the same: “They always miss their dad. Especially the youngest one who was only nine months old when we left.  They always ask, ‘When is my dad coming?’ They don’t understand why he doesn’t just come.”

“It is very hard for one person. I wish my husband was here so we could help each other.”

Malicia is working with our USCRI legal team to bring Furaha to Raleigh. It can be a complicated process, requiring multiple legal filings and documentation that is challenging to near impossible to obtain in some countries. But she knows, with help, it can happen.

She doesn’t know when the reunion will be, but she looks forward to one day reuniting with her husband. “That will be a happy event for me and my children!”

Malicia and Furaha’s story is not unique. Every day families around the world make difficult choices about how to give their children the chance for a better future.

While family reunification is a priority of U.S. immigration policy, the process is often daunting and can take years for loved one to be reunited. In addition, the previous administration placed a heightened “public charge” test on applicants for lawful permanent residence. The public charge test can be used to bar an individual’s application if the U.S. government determines the individual is likely to rely on certain public benefits in the future. Factors considered in this test are household-income, family size, education level, English-speaking ability, etc. In general, the public charge rule test mostly impacts those seeking a green card through a family-based immigrant petition. In other words, people like Malicia and her husband.

President Biden’s Executive Order of February 3rd (Rebuilding and Enhancing Programs to Resettle Refugees… )  is laying the groundwork to restore and strengthen the US Refugee Admissions Program (USRAP). It rescinds President Trump’s memorandum requiring family sponsors to repay the government if relatives receive public benefits and instructs the agencies to review the public charge rule and related policies.

USCRI looks forward to providing input and recommendations during this review. Working with our partners and allies we will continue to advocate for an equitable and just immigration policy.

Because of USCRI donors, there is hope for a happier Valentine’s Day for Malicia in the future. 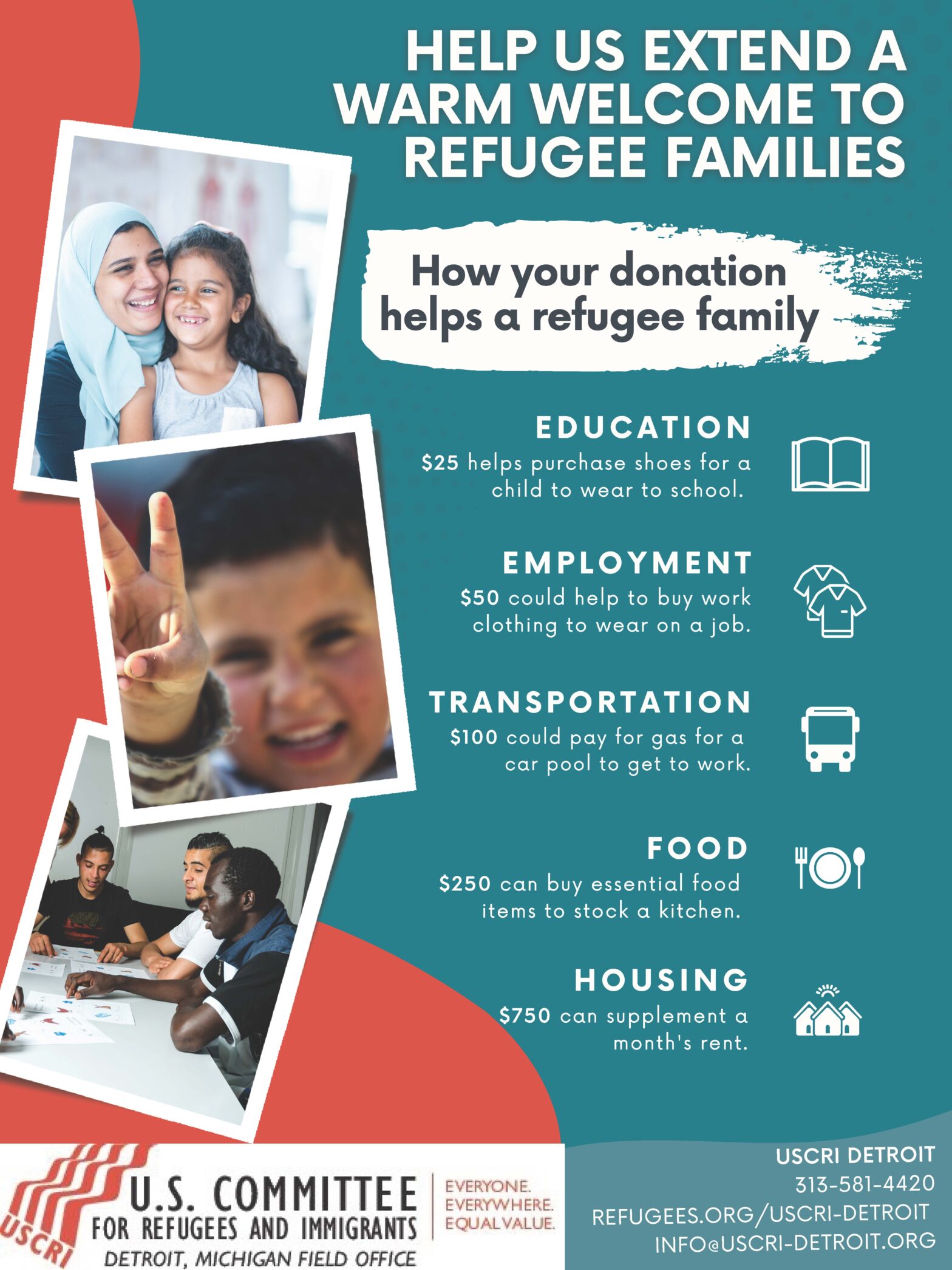