USCRI Des Moines’ “A Decade of Welcome”: Celebrating a Community in America’s Heartland 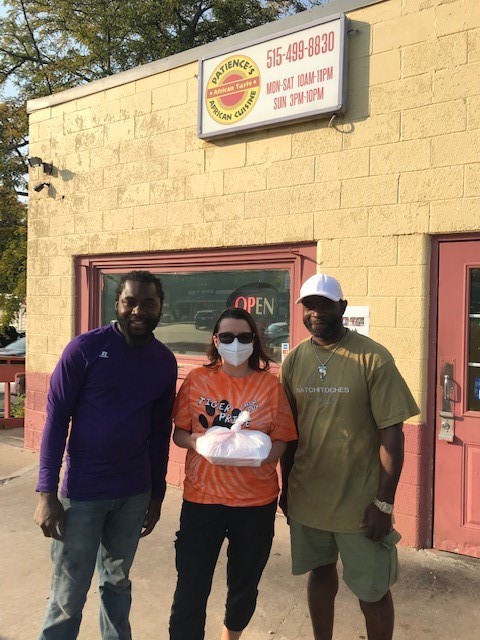 It is easy to understand why refugees want to settle in Des Moines. This vibrant Midwestern city stands out as a place where people from far-flung parts of the world can find security, community, and opportunity as they begin their new lives in America.

And as soon as they step off the plane, Iowa’s newest Americans are welcomed by the U.S. Committee for Refugees and Immigrants (USCRI).

This year marks USCRI Des Moines’ decade of service to building bridges between newly settled refugees and the communities that have embraced their neighbors who have chosen Iowa as their second home.

On October 8th, USCRI Des Moines celebrated the 3,385 refugees resettled in Des Moines since the office opened ten years ago and the countless Iowans who opened their hearts to people from Afghanistan, Bhutan, the Democratic Republic of Congo, Iraq, Sudan, Somalia and Syria.

There is no better bridge to other cultures than its restaurants. The event featured curbside pickup from three restaurants owned by immigrants and refugees—Kathmandu Restaurant, Patience’s African Cuisine and Pho All Seasons.

Celebrants at the event heard USCRI’s President and CEO Eskinder Negash give an overview of the grim numbers of reduced refugee settlement in the U.S. during the past four years.

Former refugee Bashar Abdulrazzaq from Iraq is one of the many New Americans who now call Des Moines home. He spoke movingly about his experiences and his journey adjusting to life in the U.S. Bashar is now attending college at the Des Moines Area Community College while raising his daughter and enjoying life with his mother and siblings.

Iowans generously contributed over $26,000 to this event. This money will be used to buy a truck. Why a truck? One of the first steps to refugee resettlement is housing. This truck will help USCRI staff and volunteers set up housing for newly settled refugees—giving individuals and families a place to call home in Central Iowa.

For those of you who were unable to attend this USCRI Des Moines milestone event, there is still time. Join us by visiting this Zoom link for a streamed replay. You can also learn more USCRI Des Moines at https://refugees.org/uscri-des-moines/ and donate online at https://secure.qgiv.com/for/uinrf/.